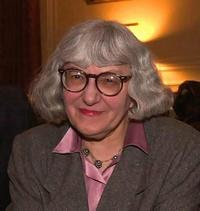 Each week, the NBCC will post a list of five books a critic believes reviewers should have in their libraries. We recently heard from Cynthia Ozick and here are the books she named:

James Wood, “The Irresponsible Self.” The leading Anglo-American critic, especially of novels, whose penetrating and sometimes contentious essays are themselves works of genuine literature.

Dana Gioia, “Can Poetry Matter?” A powerful poet’s enduring essays, touching on the raison d’être both of poetry and the lives of poets, delivered in a clarifying, intimate, and fearless idiom: the tone of our time.

Adam Kirsch, “The Modern Element.” (Forthcoming from Norton.) Himself a rising and important poet, this lucent critic of poetry is also a cultural essayist, and a conscious heir to the history of literary modernism.

Lionel Trilling, “The Liberal Imagination.” An American classic, as idiosyncratically tempered and forcefully revelatory as it was half a century ago.

E. M. Forster, “Aspects of the Novel.” The essential handbook on the actual practice of the literary imagination, beloved by generations and unfailingly instructive.

—Cynthia Ozick has been a finalist for the National Book Critics Circle Award four times. In 2000 her essay collection, “Quarrel & Quandary,” won the award for criticism. Her most recent books include the novel “Heir to the Glimmering World;” an essay collection, “The Din in the Head;” and “Collected Stories.”