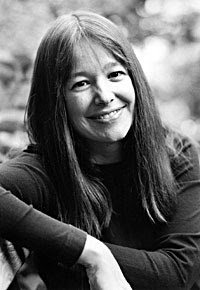 Each week, the NBCC will post a list of five books a critic believes reviewers should have in their libraries. We recently heard from Anne Fadiman and here are the books she named
Walter Jackson Bate (editor), Criticism: The Major Texts. Any critic with a scholarly bent and a modicum of curiosity about his forebears should own this anthology, from the fourth century B.C. (Aristotle) to the mid-twentieth century (Edmund Wilson)–in other words, the pre-theoretical era. What is great literature? Does it have moral obligations? How should it be read and discussed? Bate’s grand tour of classical, Renaissance, neoclassical, Romantic, and modern critical thought provides some surprisingly useful perspectives for thinking about current literature and art.

Alfred Kazin, On Native Grounds. A classic study of American literature between the Civil War and World War II.

George Orwell, A Collection of Essays. Several of these essays–including “Why I Write,” and “Politics and the English Language”–are particularly apropos for critics. The rest, though their subjects are more various, are peerless models of nonfiction prose.

John Updike, Hugging the Shore. Updike has gathered his New Yorker essay-reviews into several brilliant collections, of which this is my favorite. The title refers to his excessively humble characterization of the reviewer’s role: the artist heads for the open sea while the critic hugs the shore. Updike is refreshingly attentive to international literature, partly in order to avoid the conflict of interest he might face if he reviewed other contemporary American novelists.

Virginia Woolf, The Common Reader. In my view, the greatest collection of literary essays ever written. I’m particularly fond of the ones on Montaigne and Conrad.

–Anne Fadiman won the National Book Critics Circle award for nonfiction in 1997 for her first book, “The Spirit Catches You and You Fall Down.” From 1997 to 2004 she was the editor of “The American Scholar.” Her other books include “Ex-Libris,” “Rereadings,” and, most recently, “At Large and Small: Familiar Essays.”