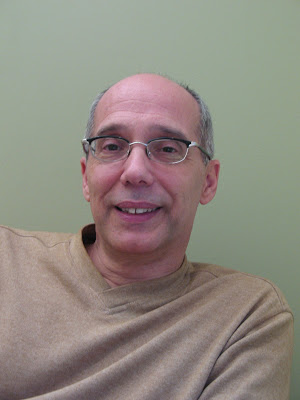 The National Book Critics Circle regularly posts a list of five books a critic believes reviewers should have in their libraries. We recently heard from writer, critic, and past Balakian recipient Albert Mobilio. Here is what Albert pointed out as worth keeping in your library at all times.

Many of the critics previously chosen for this column—from Aristotle to Edmund Wilson—are unassailably essential, but they are also, largely, quite dead. Here are a few writers who are very much with us and publishing vital work that extends and expands upon the acknowledged classics.

“Only mental things are real,” wrote Wallace Stevens. Cohen could be said to take this notion at face value. She comes at intellectual history with a storyteller’s verve and a passion for concrete detail. This is criticism that reminds us how securely great ideas are wedded to the intricacies of writers’ daily lives.

The whole of literary art falls under Di Piero’s cosmopolitan eye. His meditative essays yield alert and eminently useful perceptions but the true pleasure is found in the writing’s dialectical process. Criticism should not only value process over conclusions but should, as Di Piero ably does, reveal just how exciting thinking is.

Criticism as both suspense novel and Baudelairian prose poem, O’Brien’s rigorously factual investigation of how movies colonized the modern mind is so singular an achievement it dissuades imitation. Nevertheless, this book can serve as a model of how a critic might make his or her own reflections just as entrancing as the art under examination.

For protean scope—cigarettes, Mapplethorpe, Tintin, Rimbaud—and elegantly descriptive acuity, it’s hard to beat Sante. To inventively reveal the interconnections between all arts, he has mastered a daunting array of disciplines. A great critic—Sante’s example instructs us—must have a store of knowledge far greater than that of their opinions.

For over four decades West has been an exacting and adventurous champion of overlooked and unfamiliar fiction. As his brief for performative, astounding style is made in prose that turns handstands and flashes reflexively, West’s very enterprise embodies—and illuminates—his critical argument.

Albert Mobilio is the recipient of a Whiting Writers’ Award and won the Nona Balakian Award in 1999. His books of poetry include Bendable Siege, The Geographics, and Me with Animal Towering. He teaches at the New School’s Eugene Lang College and is an editor of Bookforum.