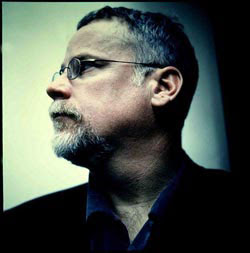 Each week, the National Book Critics Circle will post a list of five books a crime novelist believes are worth owning and rereading. We recently heard from Edgar and Los Angeles Times Book Prize (for Mystery) winning creator of the Harry Bosch series, Michael Connelly. These are the books he pointed out.

The Little Sister by Raymond Chandler – The grand-daddy of them all. This book set the early standard for the loner detective as well as using the crime novel as a lens on life and society. Chandler’s observations of Hollywood and Los Angeles stand the test of time. Almost 60 years later, they are still on point and true.

The Black Marble by Joseph Wambaugh – This former cop set the standard for the police novel with books like this one. It hits all the bases on the way to home plate. A great detective story, laugh out loud humor, the premature cynicism and social ills that threaten all cops. What’s more it quietly underlines the unsung nobility of the job.

New Hope for the Dead by Charles Willeford – A classic from the underappreciated Willeford that shows there can be many levels of intrigue – criminal and otherwise – in a mystery novel.

Indemnity Only by Sara Paretsky – A watershed book. Not the first female written/female private eye novel, but perhaps the most influential. The critical success of the series that began with this book and Paretsky’s use of the crime story to make a larger statement about society and gender is a big reason the bestseller lists are filled with female crime writers today.

The Sweet Forever by George Pelecanos – Perhaps the apogee of the crime novel as social novel. While delivering a first rate thriller Pelecanos delineates the causes of urban decay and crime. Never once is the author didactic in this powerful study of the cancer that eats away at all our cities.