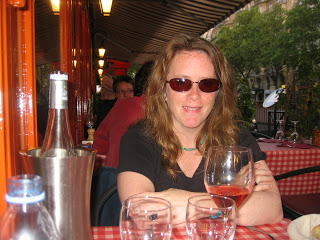 Each week, the National Book Critics Circle will post a list of five books a critic believes reviewers should have in their libraries. We recently heard from former Balakian winner and NBCC board member Maureen McLane. Here is what she pointed out as worth keeping in your library at all times, with a disclaimer.

Here are books crucial to my library, and I’d be willing to recommend them for any critics’—or any readers’—library. I have a critical disposition toward poetry and poetics, and that is reflected here. Not here, but givens for me as resources, are the Oxford English Dictionary and the King James Bible.

Aristotle: “Poetics.” It could be argued that all criticism since remains a footnote.

William Hazlitt: “Lectures on the English Poets” (1818) and “On the Pleasure of Hating” (1826): conversible, perspicuous, socially as well as aesthetically illuminating, Hazlitt is a joy and a goad.  Every critic needs sometimes to be a good hater, and not just William Logan.

Ezra Pound: “Literary Essays” and “Selected Prose, 1909-1965,” both published by New Directions.  Idiosyncratic, hectoring, maddening yet filled with gusto and brio, Pound’s essays (before he goes from cranky to crackpot and worse) are galvanic, incisive, and still alive. A tonic for the writer sick of studied neutrality, official gentility, or anemic prose; a caution for the critic too attached to polemic and too convinced of his mastery.  When Pound sticks close to his literary obsessions and avoids economic opinionating, you feel nothing is so important as impassioned reading, advocacy, and when necessary, denunciation.

Virginia Woolf:  “A Room of One’s Own,” “Three Guineas,” “A Writer’s Diary”: they shine and they burn.  Massive intelligence, historical alertness, and filigreed sensitivity—this is analysis conducted at a white heat, under enormous social and political pressure, never losing sight of the imagination’s logic.  The selections in “A Writer’s Diary” reveal a life of and in reading via the most winning, casual, incisive entries.  An uncommon reader who lent herself to the common reader in her essays.

Sartre: “What is Literature?”: asks the biggest questions, including “Why Write?,” and reminds us that the answers aren’t obvious or comfortable.

Maureen N. McLane is member of the Board of the NBCC and a Lecturer in History and Literature at Harvard; her book of poems, “Same Life,” is forthcoming from FSG.