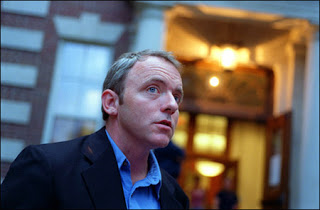 The following post from award winning novelist Dennis Lehane comes to us via NBCC member Mark Athitakis, who is curating the In Retrospect series look back at Richard Price’s 1992 NBCC fiction finalist “Clockers,” Stay tuned as Critical Mass will also post an in-depth interview with Price.

I was in graduate school when Clockers came out. It was right at this point that I was growing disillusioned with where a lot of (though, by no means all) American literature seemed to be heading. It felt as if so many of the alleged “literary” works being produced at that time were excessively insular, navel-gazing affairs, more often than not centered upon some disaffected, overly verbose young asshole or his/her late-middle-aged counterpart, an academic of some sort having an affair with a student. The third type of book that predominated was the “homage,” which involved grafting the plot of a Shakespeare play or some similarly pantheonic work over a contemporary setting, thereby proving the writer had read his/her classics and was therefore worthy of our attention and esteem but also wholly overlooking the small fact that he/she was too devoid of originality to tell a story that he/she had actually, you know, created.

And then came Clockers. Like a grenade going off in the corner of a foxhole. It just rattled me to my core. Reading it, I remember feeling, This—this, right here—is literature. This is what it’s supposed to do. It’s supposed to go out into a part of the world or a part of the heart where few dare venture and return with a testament. And that’s what it did. This was America in the early `90s, made all the more shocking because no one had thought to write about it before even though the crack epidemic had been going on for half a decade. When I finished it, I realized that some among the intellegentsia would dismiss it as a “crime” novel, and still others would dismiss it because it didn’t do anything original with form (as in, you didn’t catch Price WRITING enough) and still others, though they could never admit it even to themselves, nevermind at a cocktail party, wouldn’t like it because it concerned the urban poor in general and blacks in particular. And that is when I decided I didn’t want to belong anymore to any group or general sensibility that could fail to recognize one of the authentic Great American Novels when it was staring them in the face. And that, ultimately, is what Clockers has always been to me—one of the few GANs in the North American canon.

—Dennis Lehane is the author of A Drink Before the War, which won the Shamus Award for Best First Novel; Darkness, Take My Hand; Sacred; Gone, Baby, Gone; Prayers for Rain, and the New York Times bestsellers Mystic River and Shutter Island. His most recent book is Coronado, a collection of stories.