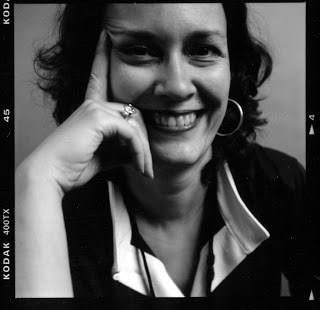 The following guest post comes to us from Elik Lettinga, editor in chief of Arbeiderspers. It is part of an occasional series of glimpses at the international publishing scene the NBCC will be posting on Critical Mass.

Publishing is brisk in Holland, with 2007 a peak year. But then, of course, diversity is not usually at the root of such success, and we have indeed been greeting the Hosseini twins at the top of our best seller list week after week after week.  JK Rowling too. The only home grown threat to their position at Christmas time was the phenomenon of Sonja Bakker, a diet guru who has ascended to the status of verb (`you have lost weight, are you Sonja Bakkering?’). In her wake there is a scattering of books on healthy eating and dieting. My company, De Arbeiderspers, is genuinely proud to do its bit by publishing two books that should make all other food books redundant: Michael Pollan’s IN DEFENSE OF FOOD and the hilarious and eccentric DEAFMAN’S EARS’ DIET by best selling Dutch author Maarten ‘t Hart. He basically advises you to stay away from any food you like, eat lots of raw carrots and drink acidic wine. Hence the title.

The first Dutch literary novel one comes across on the bestsellers list is ours, too. Arthur Japin’s SURRENDER (he’s pulished by Knopf), a harrowing historical novel set in Texas in the 19th century that features Quannah, the last chief of the Comanches and his white grandmother. We have sold 140.000 hard covers since September.

But then, somewhat further down the lists (but still on there) there is a wealth of new literary titles. Just last week one of Holland’s best young writers, Kees van Beijnum,  published what is rumoured to be his best book so far, PARADISO, which I can’t wait to read. We’re doing good over here.

–Elik Lettinga started freelancing for several Dutch publishing houses until she was hired as an editorial assistant at Meulenhoff. She moved on to become a junior editor at Arbeiderspers, where she is now publisher. She is editor for a range of Dutch and international authors such as Orhan Pamuk, John Updike, Paul Auster, Cormac McCarthy and Louis de Bernières.