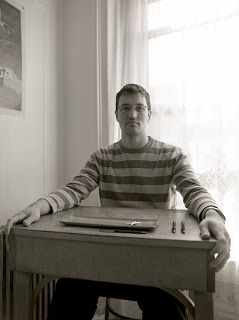 Each week, the National Book Critics Circle will post a list of five books a critic believes reviewers should have in their libraries. We recently heard from our newest Balakian winner, Sam Anderson. Here are the books he pointed out, with a short addendum for additional reading.

Parker reviewed books for the New Yorker 80 years ago, and for my money she’s still the funniest of all time. She had a mania for connecting, sentence by sentence, with her readers, and her essays (which range from Hemingway to The House at Pooh Corner) are boldly, gloriously, absurdly subjective—they tend to start with elaborate personal digressions and circle around to masterfully pithy take-downs: “The affair between Margot Asquith and Margot Asquith will live as one of the prettiest love stories in all literature.” “But I give you my word, in the entire book there is nothing that cannot be said aloud in mixed company. And there is, also, nothing that makes you a bit the wiser. I wonder—oh, what will you think of me—if those two statements do not verge upon the synonymous.” But these aren’t just exercises in tone: Parker earned her flippancy by also being serious, sharp, well-read, authoritative, and honest. Her work is a reminder that book reviews don’t have to be dusty and formal—they can be personal, creative, and risky. (The easiest way to find them, these days, is in The Portable Dorothy Parker.)

In a review of Updike’s reviews, Amis points out that the chief danger in book reviewing “is really no different from that of any other kind of writing: it is dullness.” Amis perfected the art of never being dull. You could put together an anthology of his first sentences:

“Norman Mailer’s new book bears all the signs—all the watermarks, all the heraldry—of a writer faced with an alimony bill of $500,000 a year.”

“While clearly an impregnable masterpiece, Don Quixote suffers from one fairly serious flaw—that of outright unreadability.”

“The most consistently provocative thing about Iris Murdoch’s new novel is its title.”

“If a weak baboon is attacked by a strong baboon it has two means of escape: it can offer up its awful plum-hued rear for passive intercourse or it can mastermind and lead an attack on an even weaker baboon.”

An insane hybrid of textbook, manifesto, and anthology that I find totally inspiring. Packed with all the Poundian signatures: Chinese characters, sudden spasms of the Shift key (“Literature is news that STAYS news”), quirky writing exercises (“describe a tree”), inspiration (“Gloom and solemnity are entirely out of place in even the most rigorous study of an art originally intended to make glad the heart of man”), and of course some of the crankiest wisdom ever dispensed—including one of my all-time favorite lines: “Anyone who is too lazy to master the comparatively small glossary necessary to understand Chaucer deserves to be shut out from the reading of good books for ever.”

A classic exercise in defamiliarization: Barthes decodes soap ads, professional wrestling, wine, milk, Greta Garbo’s face, and the new Citroën—“I think that cars today are almost the exact equivalent of the great Gothic cathedrals: I mean the supreme creation of an era, conceived with passion by unknown artists, and consumed in image if not in usage by a whole population which appropriates them as a purely magical object.” Handy inspiration when you’re trapped in a brain-rut.

Kenner might be my ideal literary critic: curious, creative, patient, and out of his mind with bright-eyed wonder. His prose reliably sends me into ecstasy in about half a page. In a phrase or two, he can synopsize a couple millennia of philosophy, give you a disquisition on the word the, or perfectly summarize the achievement of a great writer: Eliot mastered “the art of creating with an air of utter precision the feel of concepts one cannot localize,” Henry James recorded “the most intricate registrations of nuance in human history,” Beckett’s novels inspire an “unquenchable lust to know what will happen in the next ten words,” and “No one has ever surpassed James Joyce’s skill at contriving plausible limits for expressive competence.” Kenner’s Ulysses is the smartest, funniest, most concise, and most careful book ever written about arguably the best (but inarguably the most careful) novel ever written. He tells us that Stephen Dedalus’s eyes, without glasses, can focus eight inches, and that a cat’s full vocabulary “entails 9 consonants, 5 vowels, 2 diphthongs, an umlaut and an a : ou sound.” If you’re intimidated or baffled by Joyce, this will prime your Joyce-pump. If you’ve already read him, this will make you do it again. (Ulysses is micro-Kenner; for macro-Kenner, try The Pound Era.)

(That’s my shortlist—my longlist would include many of the chestnuts everyone else has included, plus a couple of new-ish books: Auerbach’s Mimesis, Jarrell’s Poetry and the Age, Ian Watt’s The Rise of the Novel, early Updike, Eliot, Orwell, Woolf’s diaries, Nabokov’s Cornell lectures, Nicholson Baker’s U and I, Geoff Dyer’s Out of Sheer Rage, etc etc.)

Sam Anderson, winner of the 2007 Balakian Citation for Excellence in Reviewing, is the book critic for New York magazine. He has also written for Slate, The American Scholar, The Cincinnati Review, and The Oxford American. He lives in upstate New York with his wife and two kids.