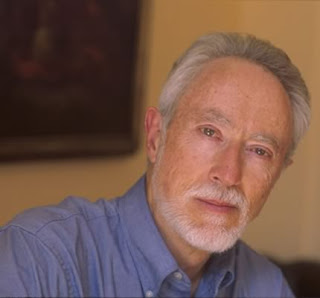 The reviews keep coming for J.M. Coetzee’s “Diary of a Bad Year.” The latest is former Balakian winner Michael Gorra’s piece, which ran in Truthdig this week.

In the same publication you can find former NBCC finalist Robert Fisk opining on Bush’s trip through the Middle East.

After reading the two latest entries in Doylean biography, NBCC member Edward Petit “still feel[s] I know more about Sherlock than I do about Arthur.”

One time NBCC finalist Adam Zagajewski had a poem in The New Yorker recently, while you can read one by former winner Sharon Olds at poetryfoundation.org.

Poetry is all over of Times book review this weekend. Former Balakian and criticism prize winner William Logan reviews a new book by Geoffrey Hill, who “has written a pinch-mouthed, grave-digger’s poetry so rich and allusive his books are normally greeted by gouts of praise from critics and the bewilderment of readers who might have been happier with a tract on the mating rituals of the earwig.” Member (and recent NBA poetry finalist) David Kirby hits the road with Julio Cortázar,  and Dan Chiasson reviews a new biography of Louis Zukofksy.

Member Marc Weingarten happily rides William T. Vollmann’s latest trip through America’s underbelly all the way to the end, where it begins to peter out.

Former Balakian winner George Scialabba (who has a book out, a new one on the way), probes the politics of Edmund Wilson, saying they’re more complicated than you think.

Ever more complete—NBCC member M.A. Orthofer’s site, The Complete Review, has added a review of Fatos Kongoli’s “The Loser” to its massive archive of reviews, and has the word on Kenzaburo Oe’s new novel as well.

Nicholas Wrote talks to Peter Carey, whose new book, “His Illegal Self,” is just out. Tim Adams meanwhile talks to Tom Wolfe.