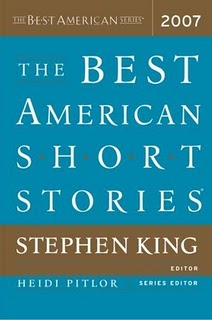 A confession: This summer, when I could have been reading forward, I read backward. That is to say, while many if not most of my book critic colleagues were focusing on books that were coming off the presses, I indulged in some oldies but goodies that I either hadn't read, or wanted to read again.

Case in point: Penelope Fitzgerald. Yes, I'd read her NBCC Prize-winning novel “The Blue Flower.” But an Everyman's Library edition lured me back not only to that wonderful book, but also two previous works, “The Bookshop” and “The Gate of Angels.” I also took the time for a reunion with Thomas Mann's “The Magic Mountain” (and what a mountain it is). I have just encountered for the first time Anthony Powell's “A Dance to the Music of Time.” I feel as if I'm playing hookie from my work, and I love every minute of it.

But now school is back in session, and I'm forcing myself back to business. Here are some of the newbies on my desk:

1. David Plante's “ABC” (Pantheon). Having only a vague sense of Plante's work, I started his latest novel out of curiosity, and I was soon hooked. No wonder: The story begins with a tragic accident, in which an innocent outing turns into a death trap. Plante tells it in a way that seems so true, from the gut-wrenching moment when a couple sees their son die through the terrible aftermath. Grief is hard to show and more powerful when revealed indirectly. Plante is doing the job.

2. “The Best American Short Stories 2007” (Houghton Mifflin). Another admission: I'm not often patient with short story collections. But this perennial is one way I try to keep up with the evolution of the form. I love the mix of knowns and unknowns, and I like the chance to see what stamp the celebrity editor puts on each edition. This year's is Stephen King, who, no surprise, has little patience for the “airless” short stories out there and promises that this collection will grab you by the throat. I'm willing to bet on it.

3. Frances Itani's “Remembering the Bones” (Atlantic Monthly Press). Itani, a Canadian, should have made a name for herself here with her previous novel, “Deafening,” which won lots of attention north of the border. Will this one break out and become a book club favorite in the U.S.? The story is about a British woman reflecting on her life after she drives off the road en route to lunch with the queen. Shades of Minot's “Evening”? Echoes of Shields' “The Stone Diaries”? Even a whisper of similarity would make it a winner in my book.

4. Edmund Wilson's “Literary Essays and Reviews,” two volumes (Library of America). I've read “The Wound and the Bow,” but now it's time to get an overview of this formidable critic from the first half of the 20th century. From Sherlock Holmes to James Joyce, from Anais Nin (!) to Edith Wharton, Wilson covered one heckuva lot of territory. Rest assured, I'll only be toe-dipping here.