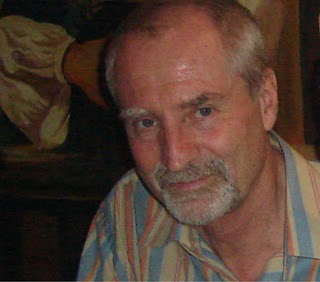 The month of June kicks off Reading the World. As part of this project, the NBCC has asked writers from around the globe to recommend a book from beyond these shores. We asked renowned translator Humphrey Davies what he had to recommend. He came back with Haggag Hassan Oddoul's “Nights of Musk,” trans. by Anthony Calderbank.

Nights of Musk takes us into a shimmering Janus-headed world – that of the villages and palm groves of Egyptian Nubia before they were drowned by Lake Nasser and of their former inhabitants as they re-tell of their myths, relive their memories, and get on with life in their new, bleaker world. Peopled with vivid characters both human (such as the narrator's grandmother, whose “amazing shoes . . . were made of black plastic and were ancient . . .they were her feared weapon”) and non-human (“The inhabitants of the river bottom . . . They too are good and evil.”), these riotous and unsentimental stories are as fresh – though not quite as innocent – as Maurice O'Sullivan's tales of Gaelic-speaking southern Ireland and are beautifully conveyed in Anthony Calderbank's translation, which crackles with humor and the inimitable exclamations of the Nubian language (immmmm! ibibibib!).