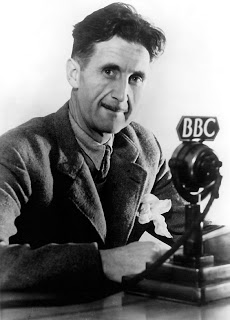 The best practice, it has always seemed to me, would be simply to ignore the great majority of books and to give very long reviews — 1,000 words is a bare minimum — to the few that seem to matter. Short notes of a line or two on forthcoming books can be useful, but the usual middle-length review of about 600 words is bound to be worthless even if the reviewer genuinely wants to write it. Normally he doesn't want to write it, and the week-in, week-out production of snippets soon reduces him to the crushed figure in a dressing gown I described at the beginning of this article. However, everyone in this world has someone else whom he can look down on, and I must say, from experience of both trades, that the book reviewer is better off than the film critic, who cannot even do his work at home, but has to attend trade shows at eleven in the morning and, with one or two notable exceptions, is expected to sell his honor for a glass of inferior sherry.

from “Confessions of a Book Reviewer,” in ESSAYS (Everyman Library)