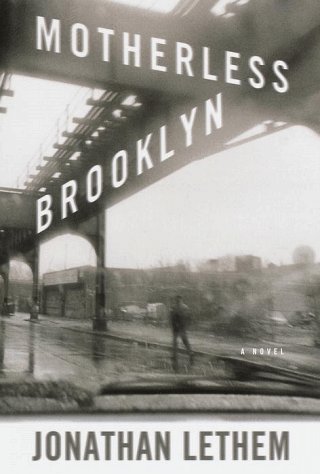 I've been reading Jonathan Lethem, and this passage on “tugboating” from “Motherless Brooklyn” caught my eye. It's something critics (often accused of Tourette's-like behavior) and writers, never mind Lethem's Tourettian “Terminal Tugboater,” are prone to:

“Any time you pushed your luck, said too much, overstayed a welcome, or overestimated the usefulness of a given method or apporach, you were guilty of having tugged the boat. Tugboating was most of all a dysfunction of wits and storytellers, and a universal one: Anybody who thought himself funny would likely tug a boat here or there. Knowing when a joke or verbal gambit was right at its limit, quitting before the boat had been tugged, that was art (and it was a given that you wanted to push it as near as possible–missing an opportunity to score a laugh was deeply lame, an act undeserving of a special name).”